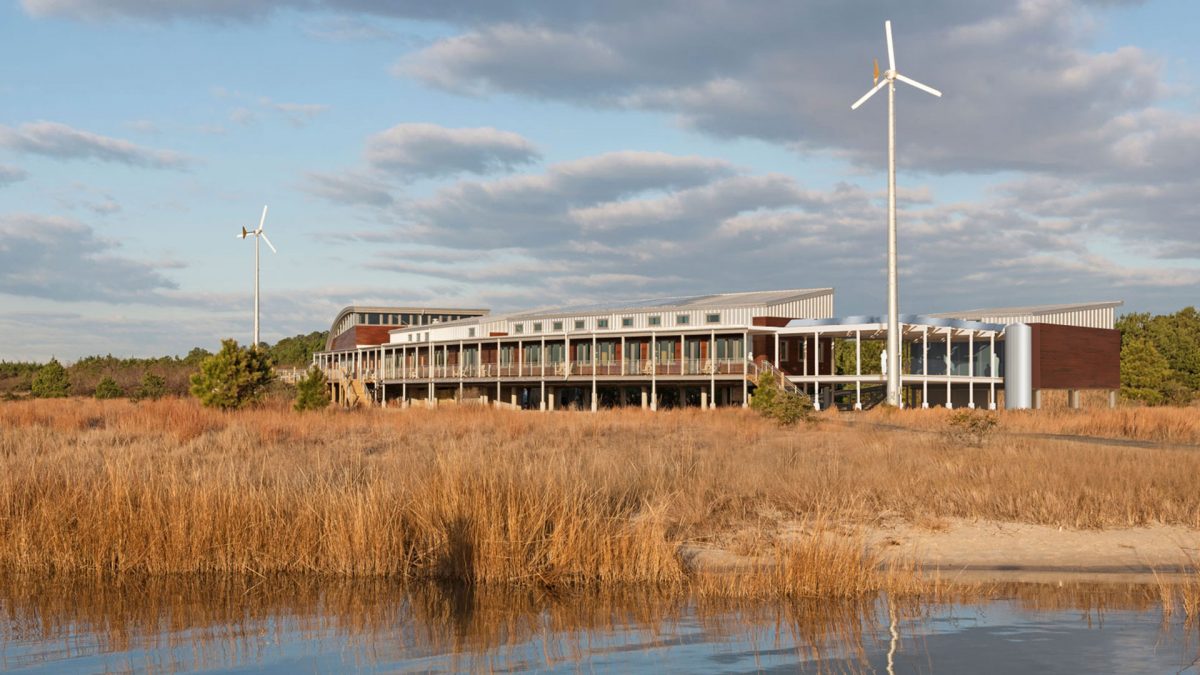 The classroom addition at the Brock Environmental Center houses a new Environmental Science program led by Virginia Beach Public Schools. The addition learns from the Chesapeake Bay Foundation’s trail-blazing Brock Center, while providing educational space that serves as a launching point for field science in and around Pleasure House Point and the Chesapeake Bay. 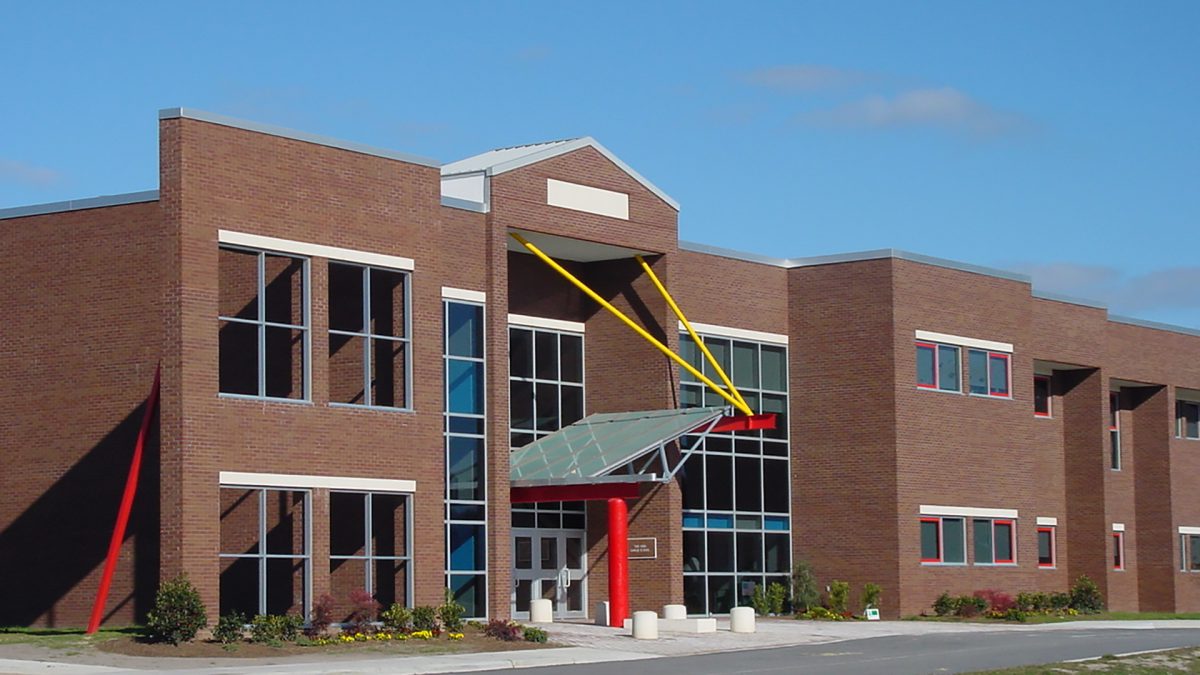 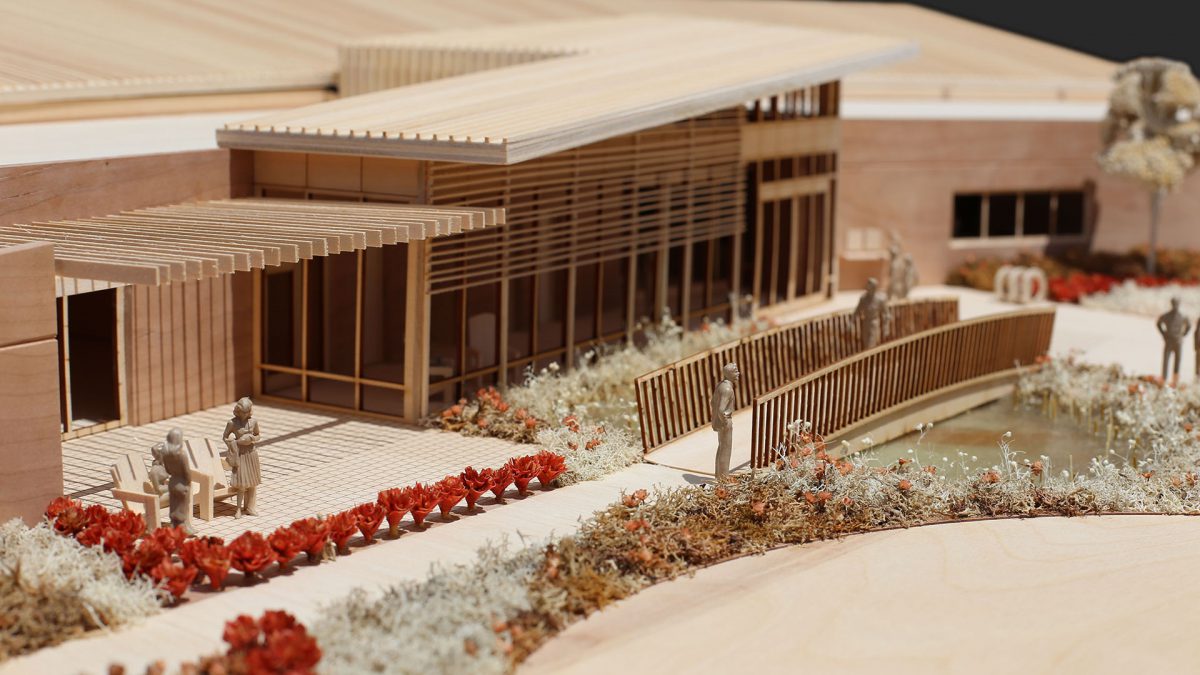 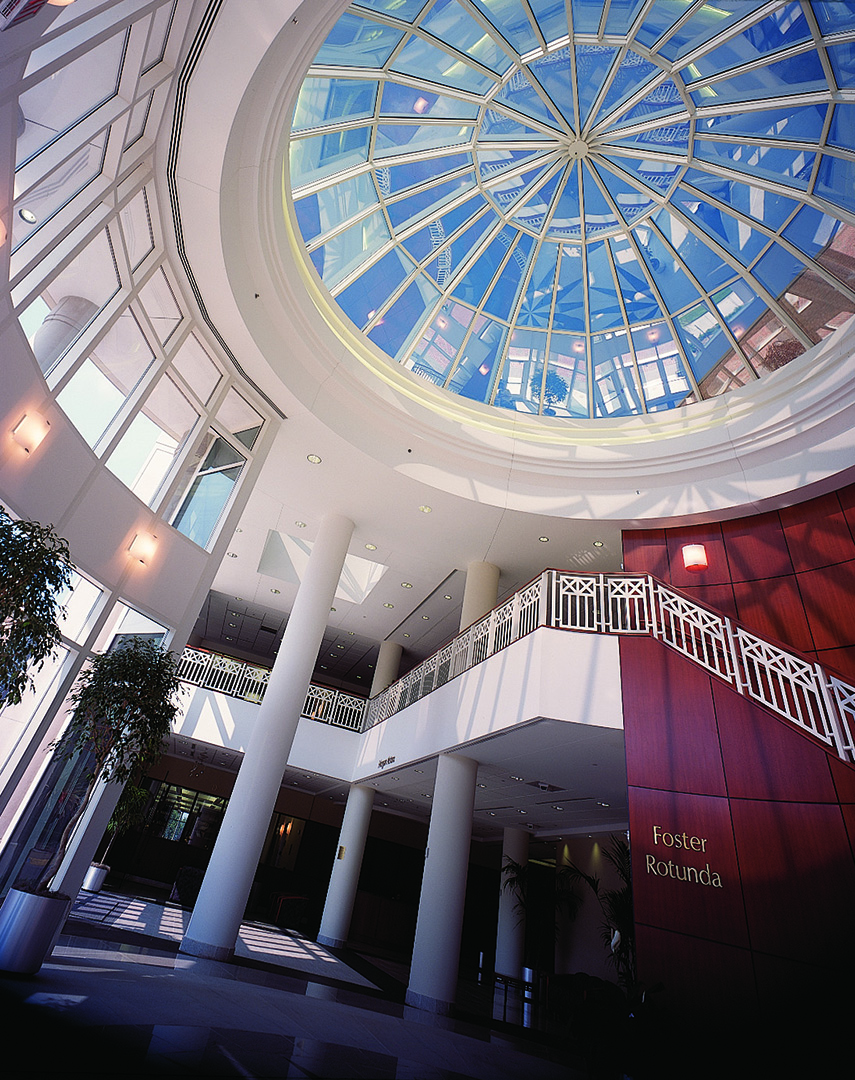 The Brickell Medical Sciences Library houses Eastern Virginia Medical School’s resource collections, two classrooms, a large video-conferencing room, a history-of-medicine area, and a blend of individual- and group-study areas. The library’s impressive rotunda entrance is shared with an older medical school building, Lewis Hall, which adjoins the library. The building is a stone-clad, concrete-frame structure built on a concrete-pile foundation. It was built with connections and renovations to the existing Lewis Hall academic building during full operation of the medical school. The library’s rotunda serves as the public “face” of EVMS to visitors, students, and staff of the university. 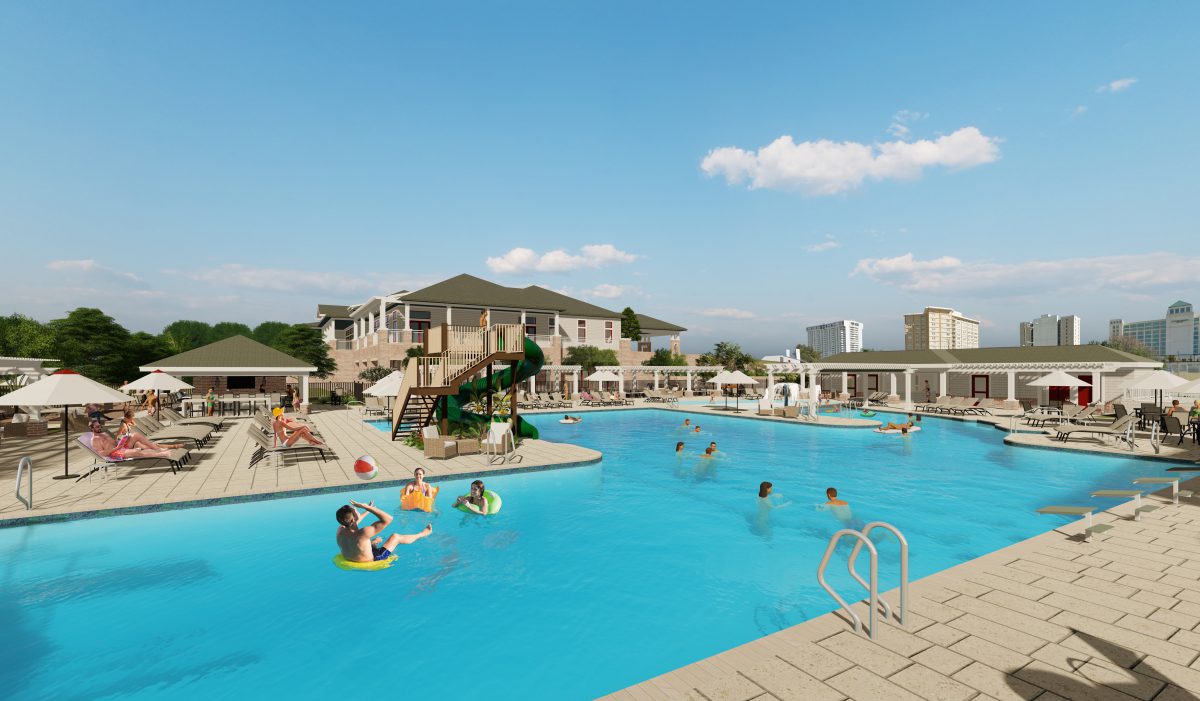 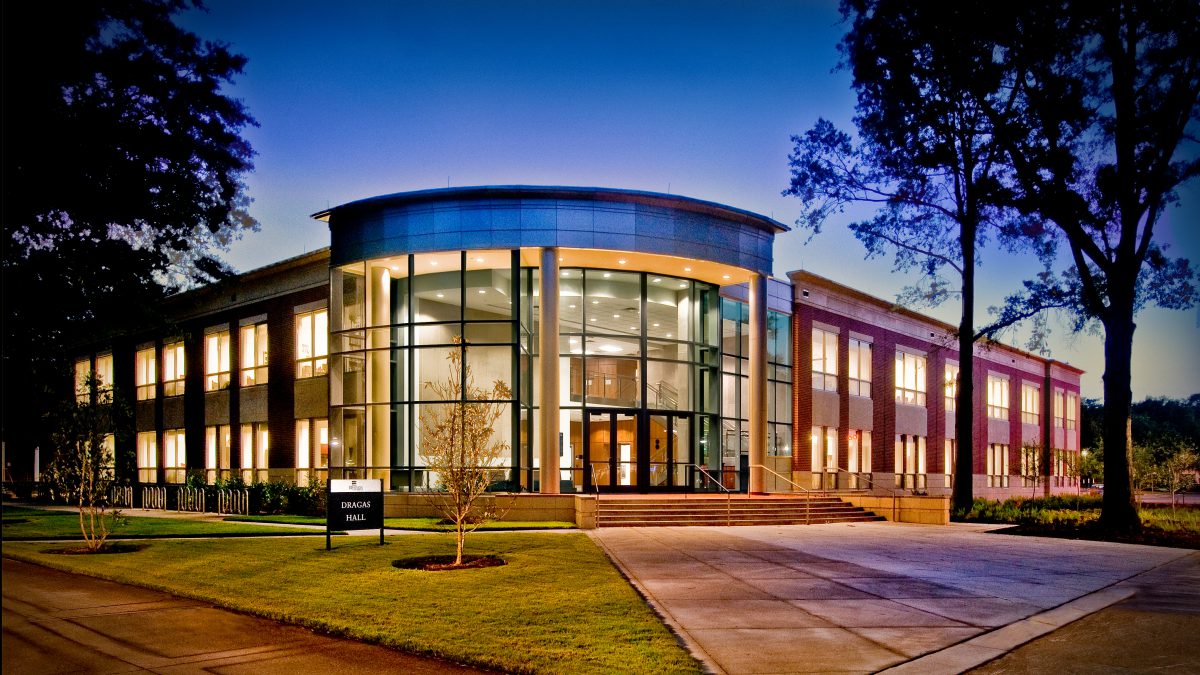 Prior to the renovation and addition, the 1959 rectangular building had glass curtain walls surrounded by a screen of heavy, ceramic blocks. In its half-century of heavy use, it had undergone multiple interior renovations in which open spaces were subdivided into smaller offices, glass walls blocked, and the deteriorating roof line braced. The building also needed to provide a front-door appearance to those visiting the campus, but before renovation the building presented an impenetrable, fortress-like appearance.

The challenges in renovating Dragas Hall included keeping a portion of the first floor intact and occupied while the second floor was demolished and the entire exterior skin replaced. The existing plaza was enclosed, making the new lobby twice its original size. Granite caps from planters that were outside the old Hughes Hall were re-used in the new plaza as caps for walls and in the exterior stair treads. The unique, existing terrazzo in the interior was matched and the ODU logo was added to the lobby floor.

The majority of the exterior changes reflect the University’s wish to have the building match the surrounding campus architecture. The existing plaza was enclosed, making the new lobby twice its original size. The ceramic-block screen and storefronts that encased the building were replaced with brick, cast stone, and a new curtain wall facade. Architecturally, the palette of materials is derived from the neighboring buildings. The brick matches the architectural vocabulary of the Kaufman Mall corridor of the campus. 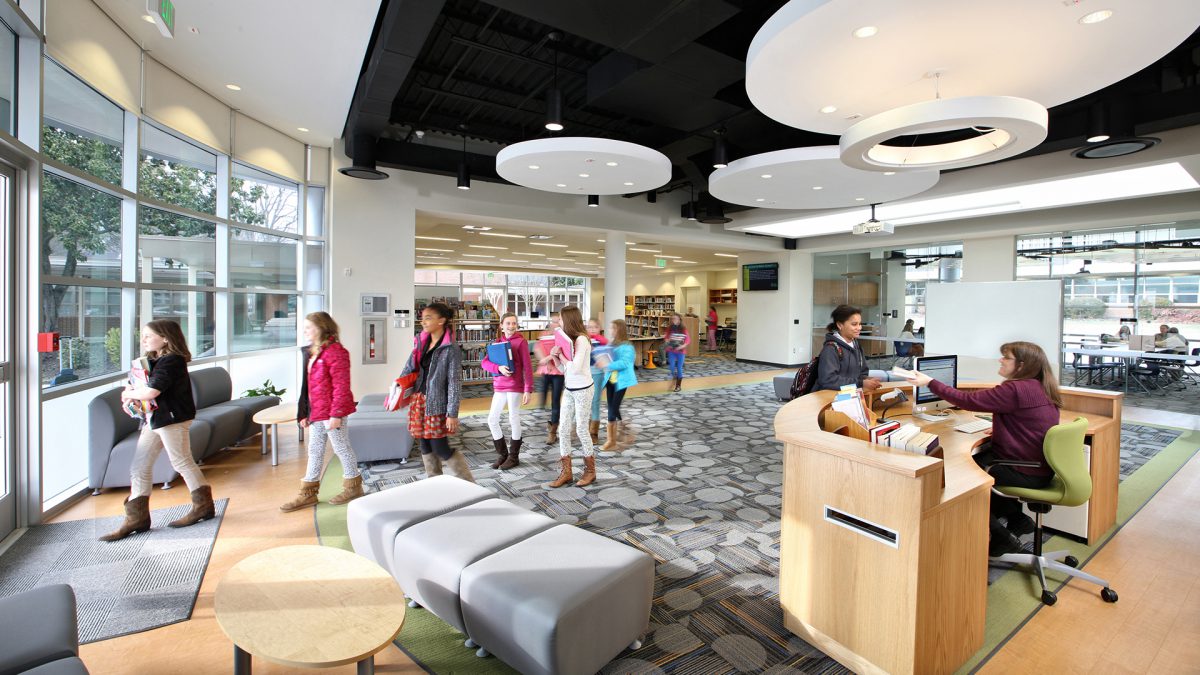 Renovations and additions to an existing one-story library and media  center at the Collegiate Middle School. Interior functions include a library, media center, collaborative work space for the students, a makerspace design and exploration area for hands-on creativity, two new classrooms, and staff support space. The Head of School coined the new flexible classrooms “the most sought-after spaces on campus.” 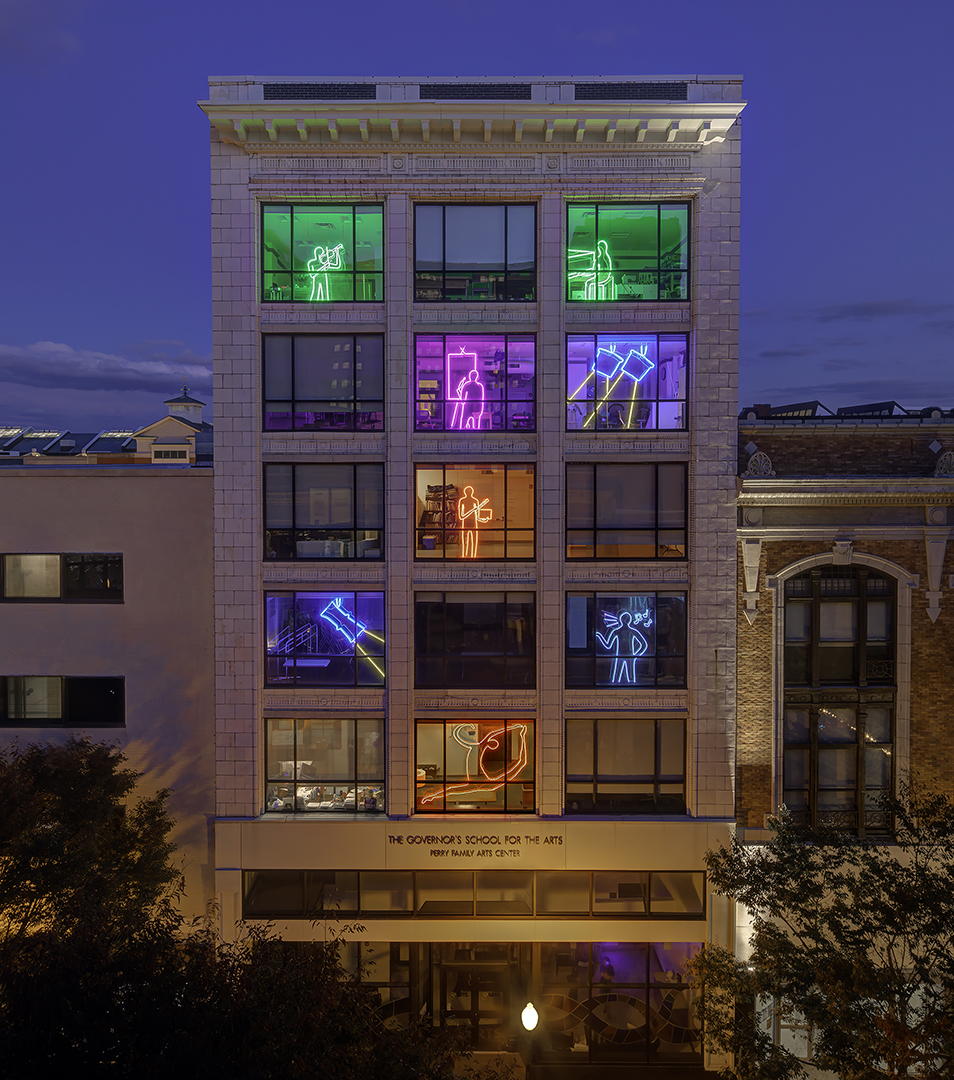 This $6.8 million project began in 2007 as a comprehensive preplanning study. Renovation to the 1915 building began in 2012 and included exterior repairs and complete interior renovations, including demolition and abatement of hazardous materials, configuration of spaces, preservation of historic material on the condemned 5th and 6th floors, structural repairs, and new and/or modified plumbing, mechanical, electrical, and fire-protection systems. 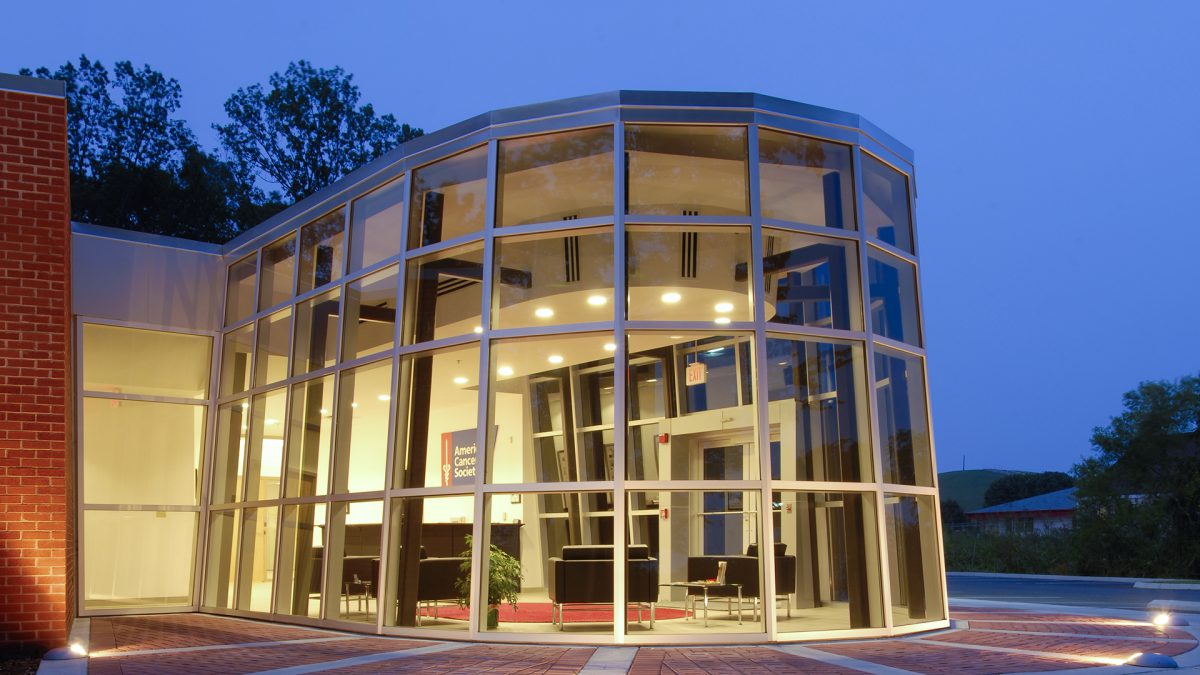 This 13,000 SF building was originally designed and constructed as the regional headquarters for the American Cancer Society and is a brick, glass, and metal building with offices, training facilities, a commercial kitchen, reception area, and meeting spaces. Its focal point is an open, contemporary atrium lobby wrapped in glass. The purpose of this modest space is to capture views of the densely wooded site and provide a calm, light-filled waiting area for volunteers, patients, and guests. The atrium connects a central, large open office space to waiting, conference rooms, a library, material storage, and the reception desk. 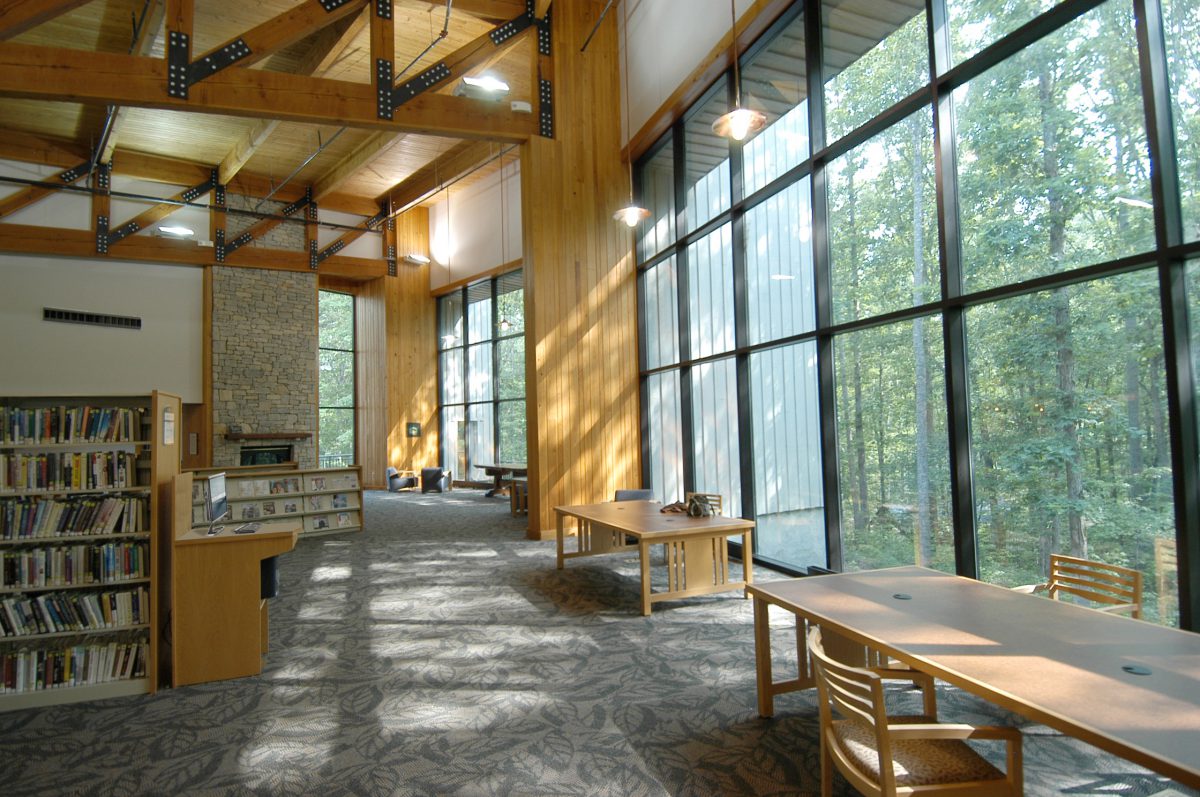 The 15,500-square-foot Powhatan County Public Library, located west of Richmond, is a 60,000-volume library and public-meeting facility completed in 2001 (photos: 2011). The new library is situated on a fifty-acre wooded site overlooking a small creek. The library design takes advantage of the outstanding landscape by “bringing the outside in.” It utilizes wood trusses, a stone fireplace, and filtered light to illuminate the major stack and reading areas of the library. The 80-foot clear-span trusses allow for unlimited flexibility and total reorganization of the space in the future. The exterior is composed of a stacked-stone foundation, vertical wood siding and insulated glass.